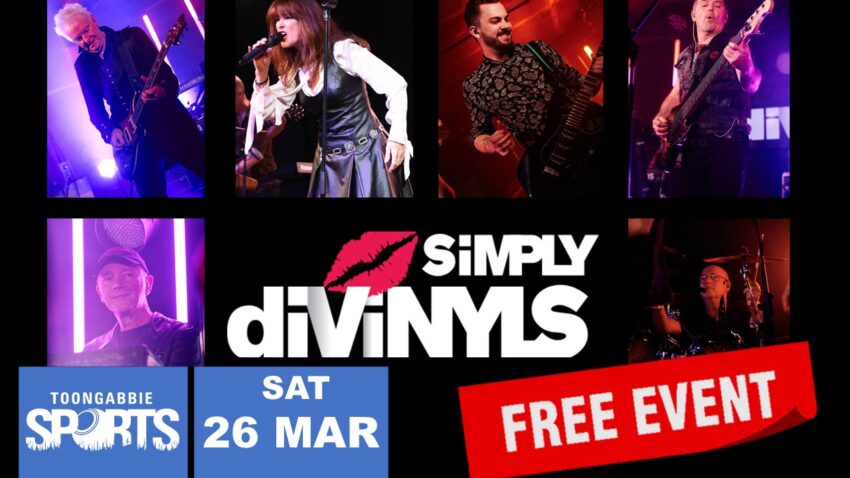 With 25 singles and 5 of some of the best selling albums of the 80’s and 90’s to choose from, SIMPLY DIVINYLS brings you a truly memorable night of high-energy entertainment.

The exceptional six-piece band recreates the distinctive sounds of strident guitar playing and Chrissy Amphlett’s torched vocals in an unparallelled display of all the energy and raw rock you would expect in a Divinyls show, to keep the audience on their feet and singing along all night.

The show is delivered with the emotional abandon and in-your-face rock that, as Chrissy once said “will jolt the audience out of their comfort zone”.

From their first songs on the film soundtrack Monkey Grip – including the popular Boys in Town –  to their last single in 2007, the band delivers all your favourite Divinyls hits including Pleasure and Pain, I Touch Myself, Good Die Young, Back to the Wall, Hey Little Boy, Science Fiction, Temperamental and many many more.